The Dundas Castle – Purchased by PHTA 1949 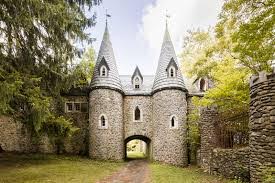 The mission of the Prince Hall Temple Associates (“PHTA”) is the development of recreational and multi-use facilities and summer youth programs, and the responsible conservation of the environment by maintaining the natural beauty and open space of its properties. To preserve, improve and expand Camp Eureka as a summer residential youth camp, and restore historic Dundas Castle and make it available to the general public. To work with and be consistent with the overall planning, economic development, and community development goals of the local communities.

Our Board has been closely monitoring Coronavirus (COVID-19) developments paying special attention to the Federal Government (CDC) and State of New York response recommendations.

We are supportive of the most stringent response to the pandemic. We will limit the gathering of groups on our property to the smallest number recommended by, the Federal, State or Local governments, within the time frames they identify.

Post event, we will be seeking a lodge, chapter or small group to assist in sanitizing the camp ground buildings and McFarlin hall.  This is planned with an abundance of caution, since the facilities have not been used since the last snow fall and pose a minimal risk.

Be safe, and our camping facilities and property will be available for use after this event has passed.

MESSAGE FROM THE PRESIDENT

I again thank you for the level of sharing that took place at our annual meeting in September and for selecting me and a board that we can trust to move PHTA forward for another year. Also for those interested, I did make my engagement following the annual meeting so all is right with the world.
Everyone knows from my book, I recognize that most effort goes toward keeping the lights on: Paying bills, communicating to everyone, performing general maintenance on the property. The legacy of the year will be dependent on successfully performing those blocking and tackling items that keep the organization functional and then finding a strategic use for how we spend the balance of the time. This year I’m hoping to report on at least 3 additional strategic areas.
The most fundamental change is a modification in philosophy, attitude, and practice of the basic financial structure of the PHTA organization. We have behaved as a private foundation with an emphasis on our association with the Prince Hall Grand Lodge of the State of New York for our financial underpinning. But we have matured beyond this structure and because of our property maintenance and improvement plans, things need to change. Our destiny is a mix of GL membership fees, property usage fees and a continuing capital campaign. We will formally engage the necessary processes to make the transition from a Private Foundation to a Public Charity, and in support of this transition we will begin to develop the multiple streams of funding that will enable the growth we need for our future.
For those that attended out annual meeting, you will recognize that I discussed the need to increase our FOP, which means Feet on Property. Our planning should generate more opportunities for people to visit and utilize the property. Our executed plans should produce more authorized property visitors and more utilization of the property.
As a final big effort, we really need to crack down on trespassing. We will attempt to work with law enforcement both inside Masonry and in the local community. We will beef up the security cameras on the property. We will put together a legal team ready to handle individuals caught trespassing on the property. We can’t continue to invest in improving the property and have it destroyed by vandals. We will also continue to be open to scheduled visits.
This year will be another step in a long journey, toward making the property a location where positive overnight experiences happen on the camp ground, and where the castle can be brought to life and glory.

We are open to ideas, suggestions, donations of time and money, for the betterment of the property.

With land holdings totaling over 700 acres in an area long known as a scenic resort and vacation getaway/paradise, the Dundas Castle and its surrounding property in Sullivan and Delaware counties is grossly underutilized. Large parcels of land lay dormant; while the surrounding townships and businesses have long been generating revenue from the natural beauty this area has to offer. The town of Roscoe, nationally known for its trout fishing (Trout Town USA one of the best Trout fishing areas in the US), is home to the Beaverkill River, which borders Dundas Castle located in Craige Clair. Hundreds of fishermen flock to this area on their annual pilgrimage. 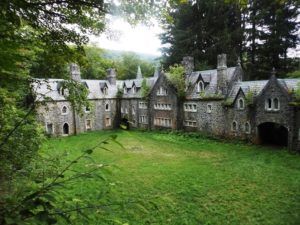 Sullivan County has long been known for its attraction as a vacation get-away.  Dating back to the early 1800s, it served as a rural retreat for urban dwellers visiting from New York City.  As trains transported tourists from New York City to local boarding houses formerly occupied by loggers, the tourist trade was born.  At the beginning of the 20th century, Jewish businessmen began to build large hotels in the towns occupying Liberty, Livingston Manor, and Fallsburgh.  By the 1940s, over 300 hotels had made Sullivan County their home.  World famous hotels such as Grossingers in Liberty, and The Concord in Kiamesha Lake, became a home to entertainers, tourists and celebrities from around the world. This Golden Age for the hotel industry with its prosperity for the owners and the area would last for the next 25 years.

Sullivan County today is home to several world-class facilities, while still maintaining the tradition of tourism, which they are famous for.  With an eye to the future, Sullivan County now provides a contemporary twist, offering vacation packages with customized menus tailored to meet the needs of families, singles, couples and groups.  Antique hunting, Bed & Breakfasts, farm markets, museums and theaters, all are the allure of Sullivan and Delaware County.  Whether hunting, fishing, playing golf or tennis, taking a stroll, these visitors have discovered a year round vacation destination.  In addition to the pristine natural beauty beckoning vacationers to the area, Sullivan County will soon have gambling to add to its list of many attractions.

Just 90 minutes from New York City, Albany and Philadelphia, residents feel Roscoe is strategically placed, being the halfway point to places such as Oneonta, Ithaca, Delhi and Cortland, all which are college towns.  In addition, the Sullivan County Catskills with its myriad of recreational opportunities, shopping and dining facilities, golf courses and its plethora of fresh water lakes, world renowned fishing streams and hunting areas offers vast opportunities for the astute developer. 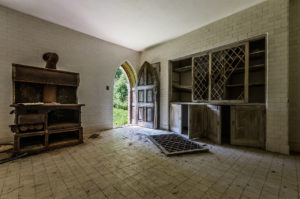 Despite the economy slump, local tourism in Sullivan County is remaining lively and thriving.  The leisure market is surviving because consumers view traveling different than they did 10 or 20 years ago.  It is a given now that in the summer, people take vacations.  This year however, the Travel Industry Association noted that people were taking trips that were much shorter and weekend travel was the norm.  And that’s exactly why this trade is booming in Sullivan County.  Officials confirm that this year even with summer coming to a close, because trends are changing, a healthy fall season can be expected because of the many activities still available.

Over the past year, some 600 homes have been sold in Sullivan County this year, compared with only 380 two years ago; businesses have now begun to bring in more dollars during the off-season.

Smart investment, strategic planning, reallocation of resources, and collaboration with state and local governments on the part of the PHTA will act as a catalyst to enabling the property to provide even more economic prosperity into this area. 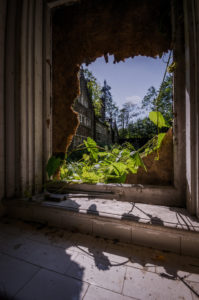 According to Ed Arace, regional vice president of the Empire State Development Corporation, “Sullivan County is coming of age, it’s hot.”  Mr. Arace does not only share this opinion regarding Sullivan County.  Other prominent businesspersons and leaders like Jeff Cohen, Director of acquisitions and development for the world’s biggest hotel and resort company, Starwood, the parent of the new Concord, share the same view.  The reason for this new optimism, inexpensive land and a prime location are the two main reasons.  “The county is a real bargain,” cites County Planning Commissioner, Alan Soresnson.

Downtowns in Sullivan County are sprouting all sorts of new boutique-type businesses from gourmet food and gift shops to trendy art & antique shops.  Where boarded up storefronts once prevailed, new galleries have opened along the Delaware.  W Magazine, the renowned New York City based fashion magazine, has called Sullivan County, ” New York’s hippest hide away.”  The New York Philharmonic, one of the world’s greatest orchestras is partnering with Rich Meir, one of the world’s greatest architects, to team up with the Performing Arts Center financed by cable magnate, Alan Gerry at the Woodstock site in Bethel.  Anticipated opening date on this project is 2004.  Wall Street has recently upgraded the county’s bond rating to an “A” because the economy is rebounding and becoming more diverse.  State county and local governments are playing an increasingly aggressive role in supporting business and the development of the counties residing in the Catskills.